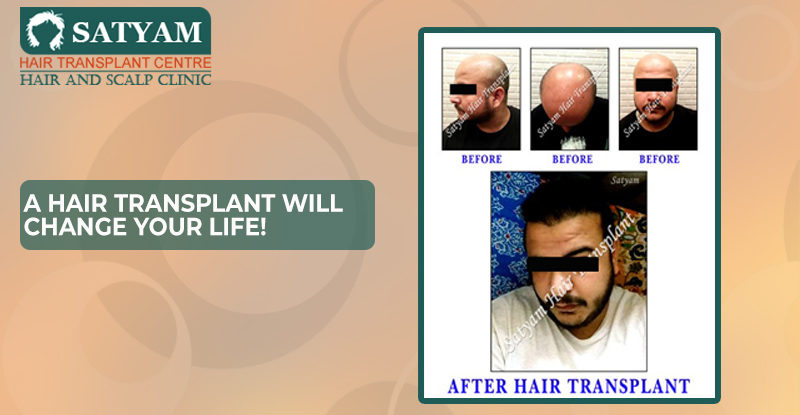 Noticing a receding hairline will immediately take you back for a review with your old self. You will cross check your past photos with the latest ones and certainly, there is a big difference with your appearance.

I was hardly twenty years old when I first noticed a receding hairline. Reasons that struck my mind were stress and my financial drawbacks, but hardly did I know that it was androgenetic alopecia. Although I was extremely dedicated to my ambitions, my receding hairline became a taunt. I saw myself being chased by an old appearance and at the age of 26, I couldn’t take it any longer.

My Decision To Undergo a Hair Transplant

My Hair Transplant Experience At Satyam

I had initially contacted Satyam staff via an appointment and finally, was up for a consultation. Upon my arrival, I was welcomed and waited for a few minutes for the surgeon. The atmosphere was quiet and clean and gave me a sense of honour that I desired to hold forever. During my consultation, the surgeon suggested that I might need 2000 grafts to obtain the desired results and further suggested that FUT (Follicular Unit Transplantation) would be an ideal technique.

Although I was quite certain of my hair transplant centre choice, I was somehow concerned about the linear scar that the FUT method could create on my scalp. I openly told the surgeon and assured me that the created scar wouldn’t become bothersome at all and in fact, their team was more experienced in camouflaging linear scars. Another concern was the hair transplant cost in India since I was well aware of how costly the surgery is, but was quite affordable. Once the discussion was over, my hair transplant surgery was scheduled in a week time.

I don’t remember complaining about anything during the surgery and in fact, it was an amusing experience for me. The surgeon had initially informed me about the anaesthesia that would be used to help me relax and eliminate pain, the length of the strip that would be cut from the back of my scalp, and the way it would be dissected.

As days went by, I managed to retain freedom from pain, a bizarre appearance, and bandages. During the second week of my recovery, the transplanted hair fell out, but the surgeon had assured me of a new growth and so it was.

No Regrets, Only Happiness

Even though I underwent the FUT surgery, my scar isn’t noticed by my fellows. My hairline is now neatly shaped and my hair is completely restored. I also utilize Propecia to boost my hair quality as the surgeon advised.

Post Views: 47
Should I Expect To Lose My Hair After a Hair Transplant?Can FUE Hair transplant Give Me a Full Head Coverage?