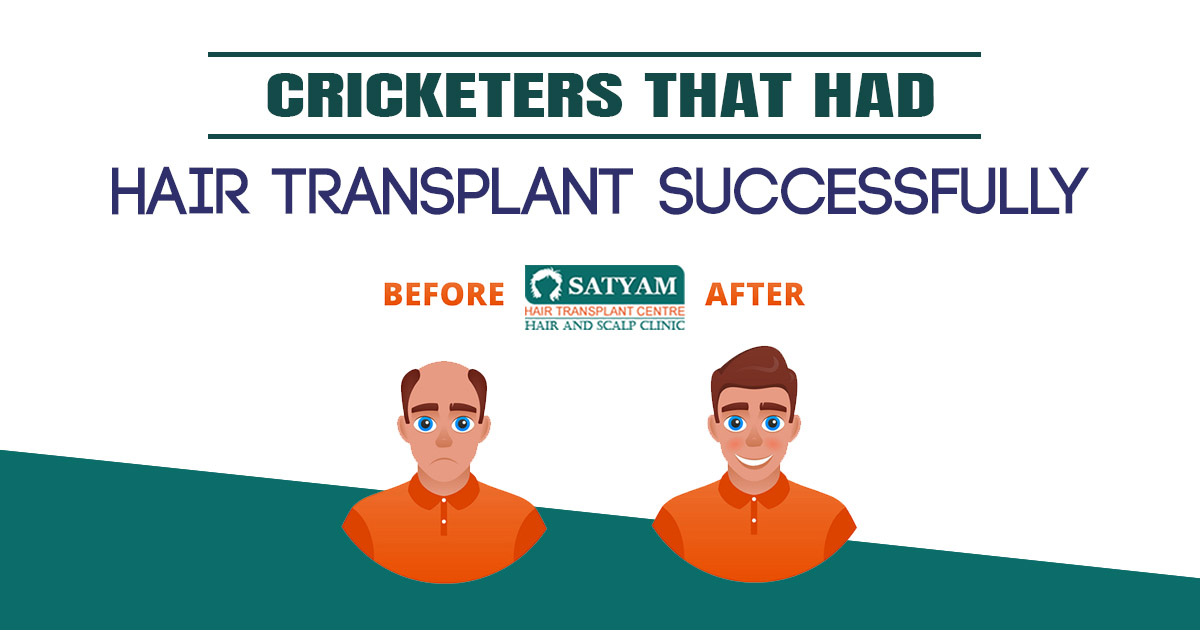 Hair transplant is the best way to get rid of hair fall condition. This surgical procedure is too well-known among celebrities or famous people include cricket players. There are several cricket players who undergo this surgical treatment. If you want to get information about them, then you need to read this article.

Hair loss is a very embarrassing condition because hair is the best part of your body, which directly contributes to your beauty. These days, everyone wants an attractive look, so that he can maintain an image in front of the camera. However, due to hair fall, it is too difficult for everyone. To maintain an image, they need to undergo hair transplant surgery.

Hair transplant is the cosmetic procedure, which is useful to treat various types of hair fall in both males and females too. Not only you are suffering from hair fall or baldness problem, but there are several other people also experience hair fall include cricket players too.

Let’s have a look at the cricketers who get this hair transplantation surgery.

He is famous as a leg-spinner in the Australian team, who was suffering from hair fall problem too much. He met several doctors to get the treatment, but he was unable to decide whom to choose, also he never denies to talk about his hair loss problem in front of the media. With this treatment, he gets natural-looking hair growth which boosts his confidence.

Sourav Ganguly was the best Indian Captain ever. He was suffering from hair loss due to stress and he notices bald spots in the middle of the head. In addition to this, he is also known as The Prince of Kolkata. After noticing bald spots, he took instant action and undergo hair transplantation procedure. Now, he is too happy with his hair growth.

He is another one of the best Indian cricket players, who was suffering from a receding hairline. Then he discussed his problem to the surgeon, and he suggests him to go with hair transplantation. As this is the only procedure, which gives the desired and mind-blowing results. Thereafter, he took this treatment and now, he is receiving loads of appreciation for his new look.

There are several other cricket players, who undergo hair transplantation. They are-:

Post Views: 163
Chemicals in Hair products that cause hair lossHair loss due to PCOS in women and treatment